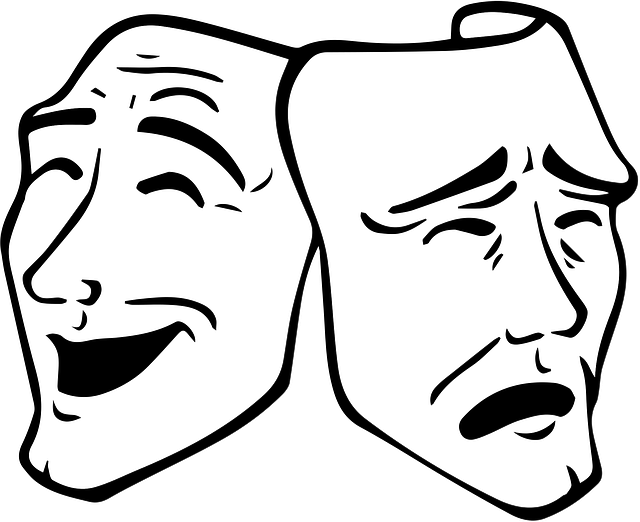 There are two very important things you need to know about your work if you want to be a good writer.

I heard Orson Scott Card, the famous sci-fi author, say something to this effect at a book festival a few years ago. Is it contradictory? Absolutely. Hyperbole? Without question. Helpful? Yes.

Bizarrely, writers seem to struggle with opposite problems at the same time. There are parts of your manuscript that other people just aren’t catching the vision for, but you know it’s integral to the work as a whole and you can’t abandon the concept, but people are pressuring you. There are other parts of your work that other people think is okay, but you know that it was lazy writing and undermining to the work as a whole, but people are telling you to move on, forget about it.

At times we give up on a good idea too quickly. Other times we stubbornly hold onto something that isn’t working.

It takes a lot of confidence and a good dosage of swagger to be a writer, but it also takes humility, as well as the wisdom to know when to hold and when to fold. Wisdom is key, but that also means it’s hard to package this truth up and deliver it in a tidy box. The fact is that sometimes you need to heed advice and sometimes you need to ignore it. This is my rule of thumb, and for the last several books I’ve written (and numerous screenplays) it’s served me well.

If I’m not confident about a section of my manuscript and one of my advance readers or editors also finds fault with it; that part gets a rewrite (or it even might get cut out entirely). If one person tells me that something I wrote doesn’t work for them but I disagree, I listen politely, maybe make a note of it, and then immediately begin ignoring their advice.

This is key: If more than one of my advance readers says the same thing is wrong with the book, then I take a good look at what they are saying. If more than two people agree that something is wrong, it gets changed regardless of my reservations.

This method keeps me honest. It keeps me focused while keeping me from becoming obstinate. It’s a good way to go about analyzing your own work because even the best writer is capable of writing some junk. Even the worst writer stumbles upon a couple of gems. Everyone has good moments and lackluster ones, and we need help sometimes to see which is which without sacrificing our artistic integrity or vision.

Neil Gaiman, the famous British novelist who wrote American Gods, Neverwhere, Stardust, and many others, once gave a piece of wisdom that applies here. He said, “Remember: when people tell you something’s wrong or doesn’t work for them, they are almost always right. When they tell you exactly what they think is wrong and how to fix it, they are almost always wrong.”

Ultimately, your book is just that: YOUR BOOK. We can’t be discouraged when it becomes apparent that chapter four needs a rewrite and the character who falls in love with Tommy just isn’t believable. We’re the ones doing the writing, and in fixing these issues with a rewrite, we still control and craft the story.

For more tips, tricks, and writing exercises, check out my book Writing with Purpose.

You Won’t Believe How Big Our Language Is